A San Jose nursing home was hit with an $80,000 fine and “AA” citation, the most severe penalty under state law, after a state investigation determined a nurse’s failure to perform the Heimlich maneuver on a patient resulted in his death.

Homewood Care Center, at 75 N. 13th St.,﻿”failed to provide the necessary services to prevent harm when staff failed to promptly respond to a life-threatening situation involving” a resident, according to a report issued by the state Department of Health and Human Services. The state announced the fine and citation Friday.

A spokesman for the state health department would not reveal the man’s name or age. Officials from Homewood Care Center could not immediately be reached for comment.

According to the report, the man’s medical record indicated that he was admitted to the facility with diagnoses including Alzheimer’s and dysphagia (difficulty swallowing).

On Aug. 24, 2009 at 5:20 p.m., a certified nurses’ assistant was feeding the man his dinner of puréed food when he suddenly began coughing, according to the report. The man began gasping for air and became distressed. Although staff members thought the man was choking on food, no immediate attempt was made to perform abdominal thrusts to clear his airway.

The facility failed to promptly call 911, according to investigators. Though staff told investigators they called emergency dispatchers at 5:30 p.m., records indicate the call was received at 5:49 p.m., a delay of about 19 minutes, according to the report.

A police report indicated the man was already dead when paramedics arrived. He was pronounced dead at 6:09 p.m.

The man was assessed as a high risk for aspiration (the entry of secretions into the trachea and lungs) due to difficulty of swallowing. The report also indicated the man had a no CPR order, meaning he did not want any cardiopulmonary resuscitation, according to the report.

However, state investigators wrote that a no CPR order did not preclude the performance of abdominal thrusts as done during a Heimlich maneuver.

The registered nurse who failed to implement emergency procedures was fired, according to a report filed by state health investigators. The director of nursing at the time of the incident was relieved of his duties, according to the report.

Whenever the state health department issues a citation or finds a deficiency, the care center must submit a plan of correction. Once the plan is accepted and the health department completes a surprise inspection, the agency issues a fine or citation.

Homewood’s plan of correction was accepted March 11, 2010, according to the report.

Until January, Homewood Care Center was owned by Jack Easterday, who in 2007 was convicted of 107 felony counts of willful failure to pay employment taxes owed to the government. Easterday withheld more than $9.6 million in payroll taxes from employees’ checks from 1998 to 2005.

He was sentenced to 2﻿1/2 years in federal prison and $8.71 million in restitution. Easterday, 55, is currently in a medium-security prison near Susanville and is scheduled to be released in March 2012, according to the Federal Bureau of Prisons website.

Easterday was the sole shareholder of Westline Medical Management, which owns Homewood and seven other nursing homes in the state, according to Ralph Montano, a state health department spokesman. He said recently the US Supreme Court refused to hear Easterday’s appeal. He resigned as a corporate officer on Jan. 14 and transferred his shares to an administrator.

In April 2007, state health officials fined Easterday’s Cupertino home, Pleasant View Convalescent Hospital, $100,000, the highest fine possible, for poor care that led to the February 2007 death of an elderly woman. A month earlier, officials had levied a similar fine against Easterday’s Homewood Care Center in San Jose for its role in the death of a 67-year-old man. 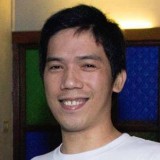